The team behind Future Play at the Edinburgh Fringe Festival contacted us to have Ola De La Vida as part of their Tech Zone in Edinburgh for the whole of August! 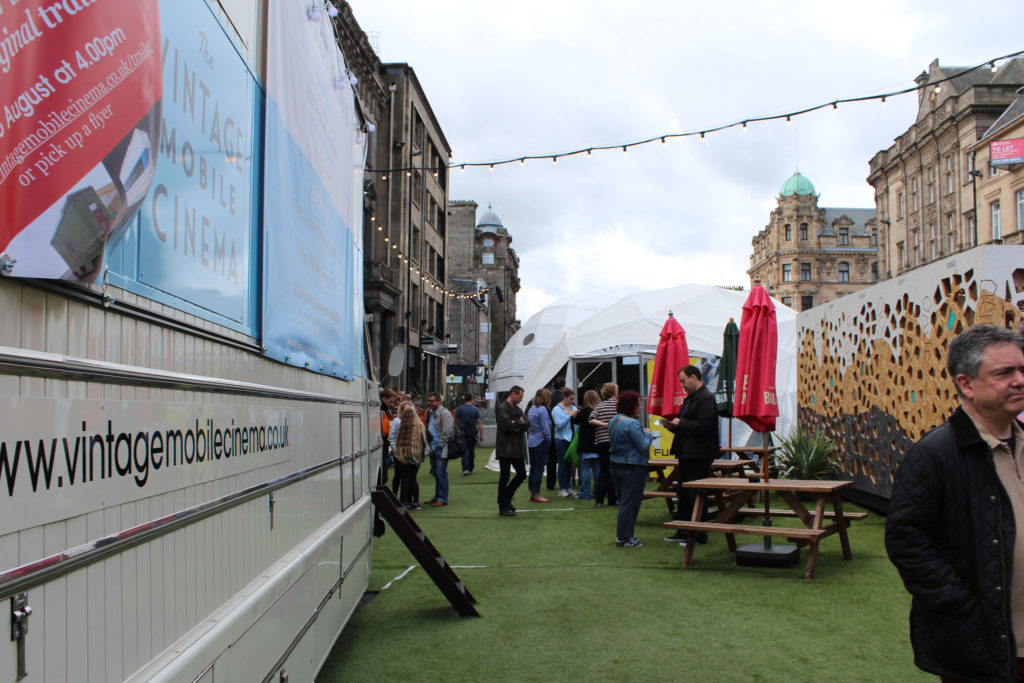 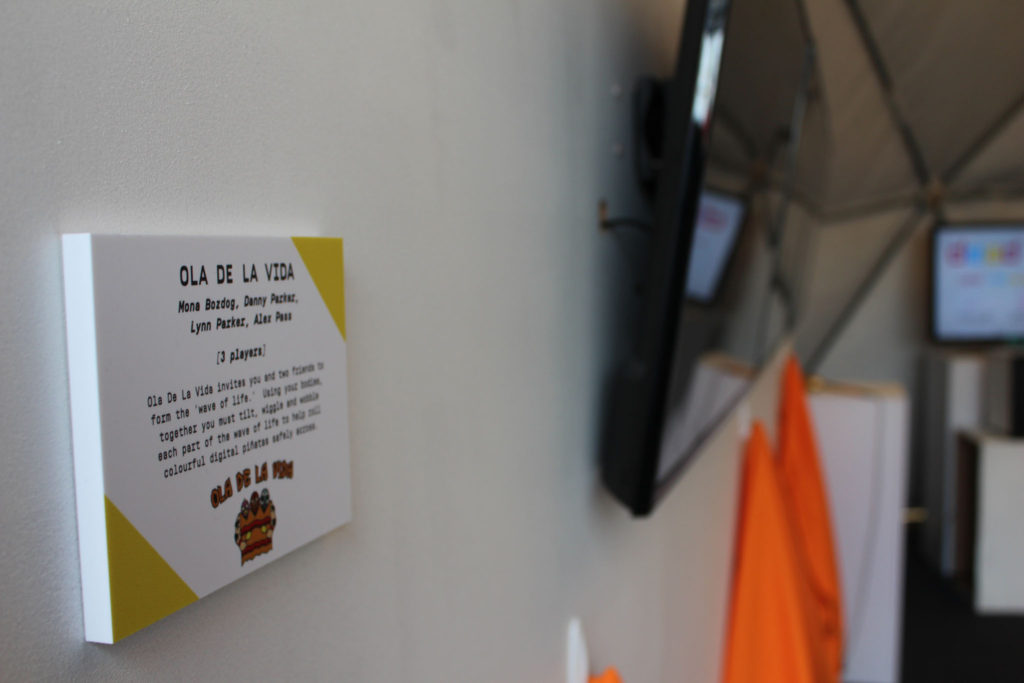 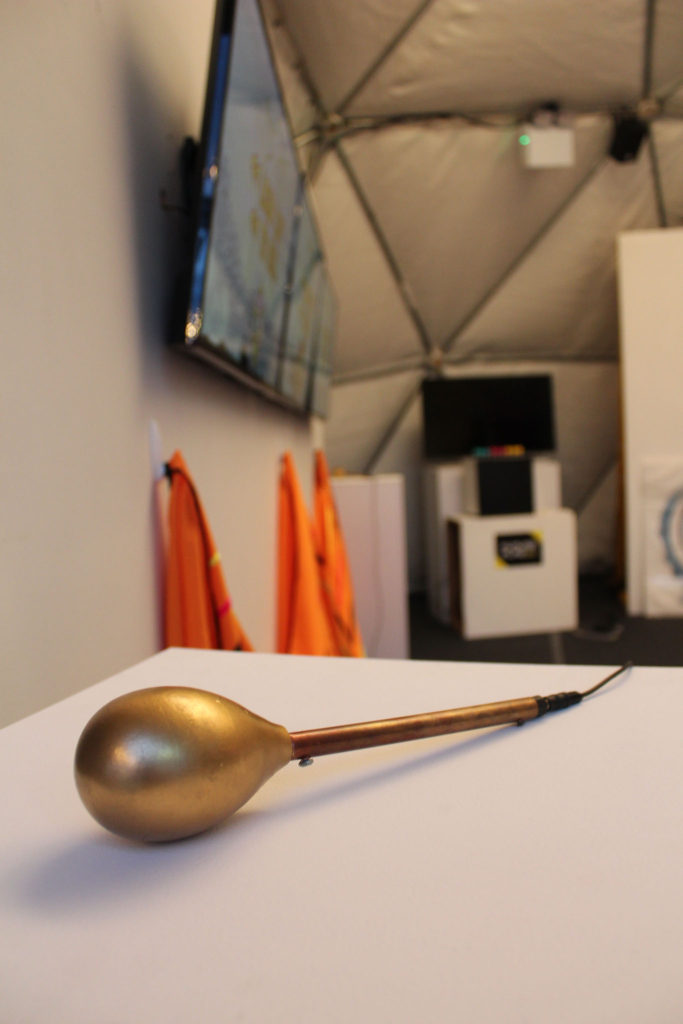 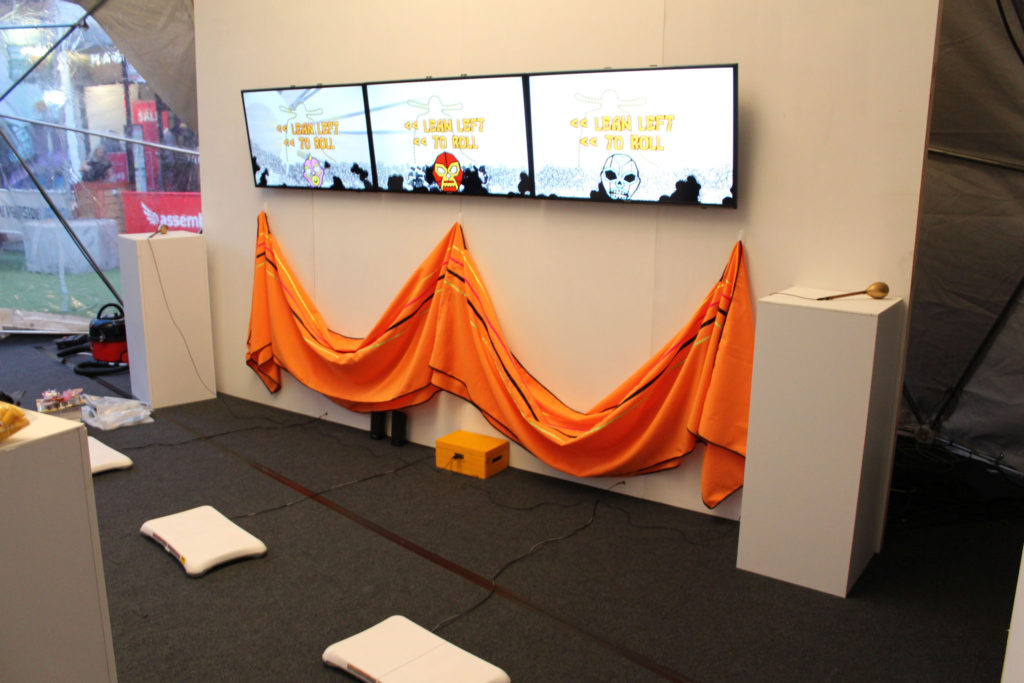 The awesome guys at WeThrowSwitches invited us to their Games Are For Everyone event in Edinburgh. Based in The Caves in Edinburgh, the event hosts a huge variety of games from a pre-release PS4 build of Nidhog 2, to custom setups such as Close The Leaks and Vaccination.

It was a crazy evening with Ola De La Vida being played for the whole night without any breaks. We were shattered, but it was really worth it. 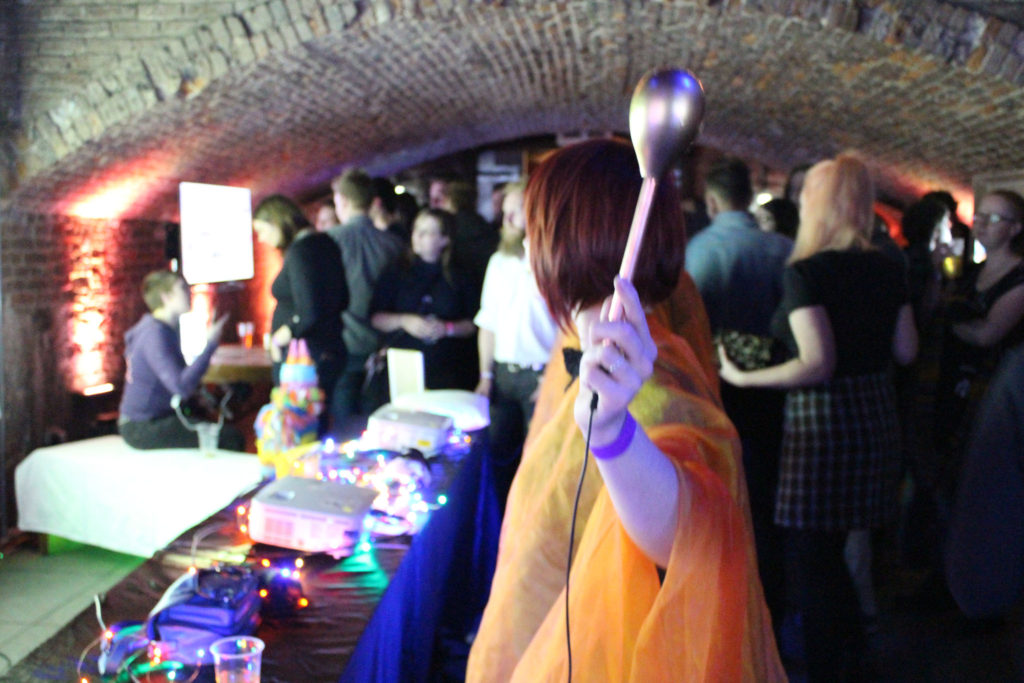 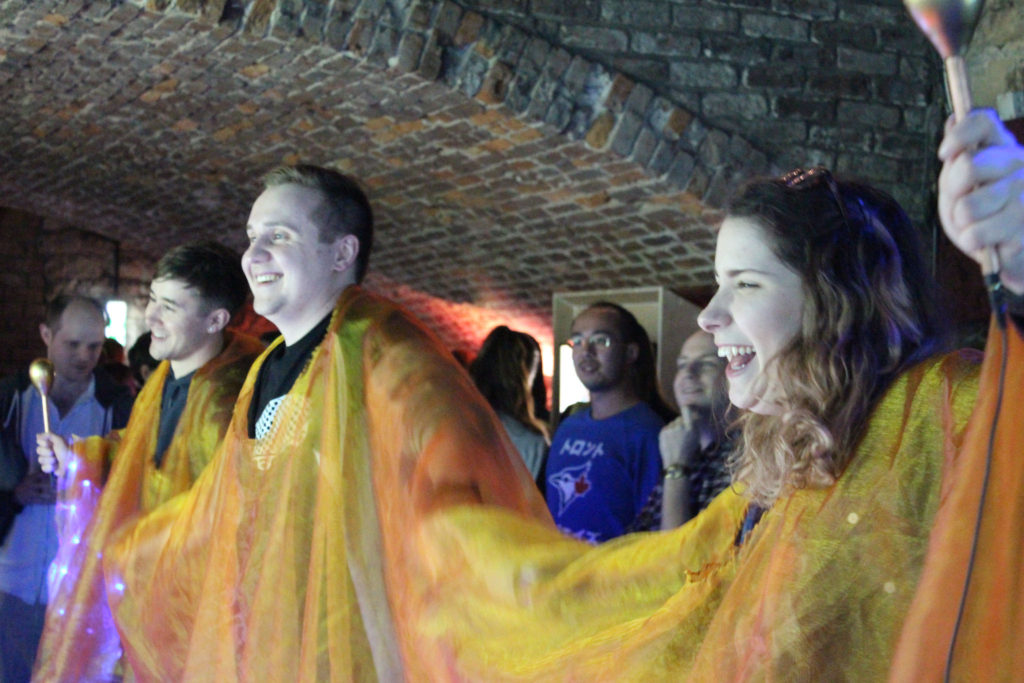 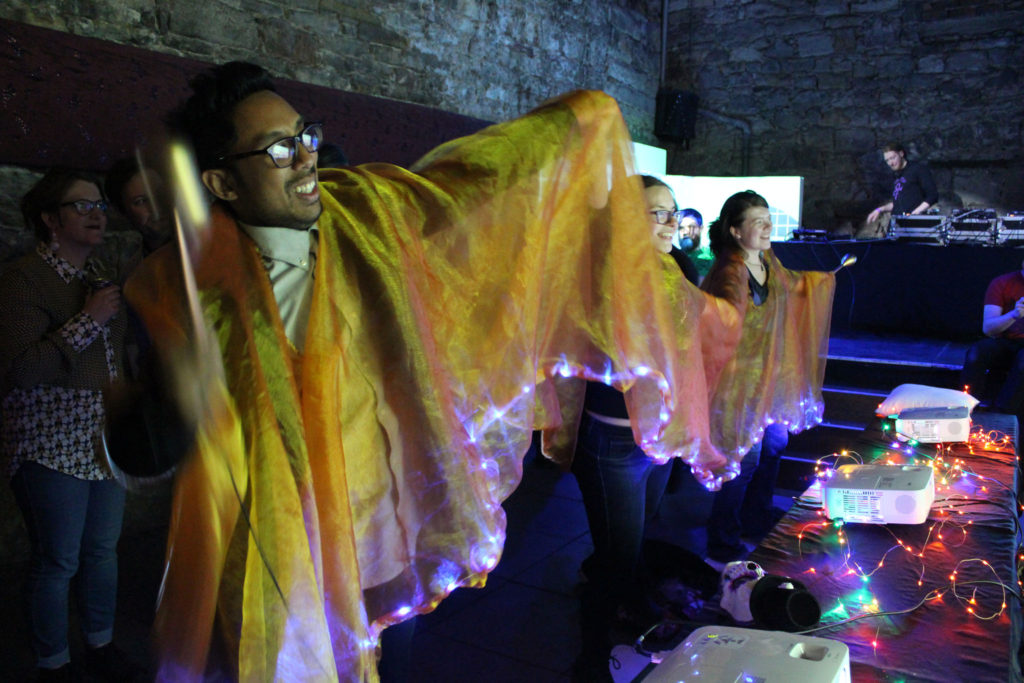 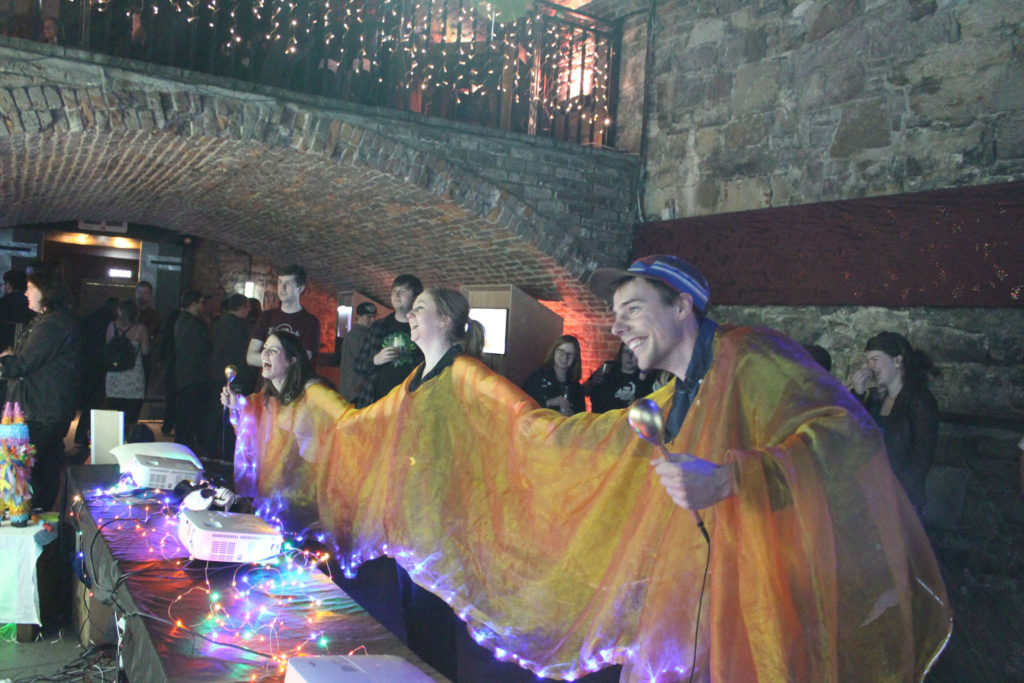 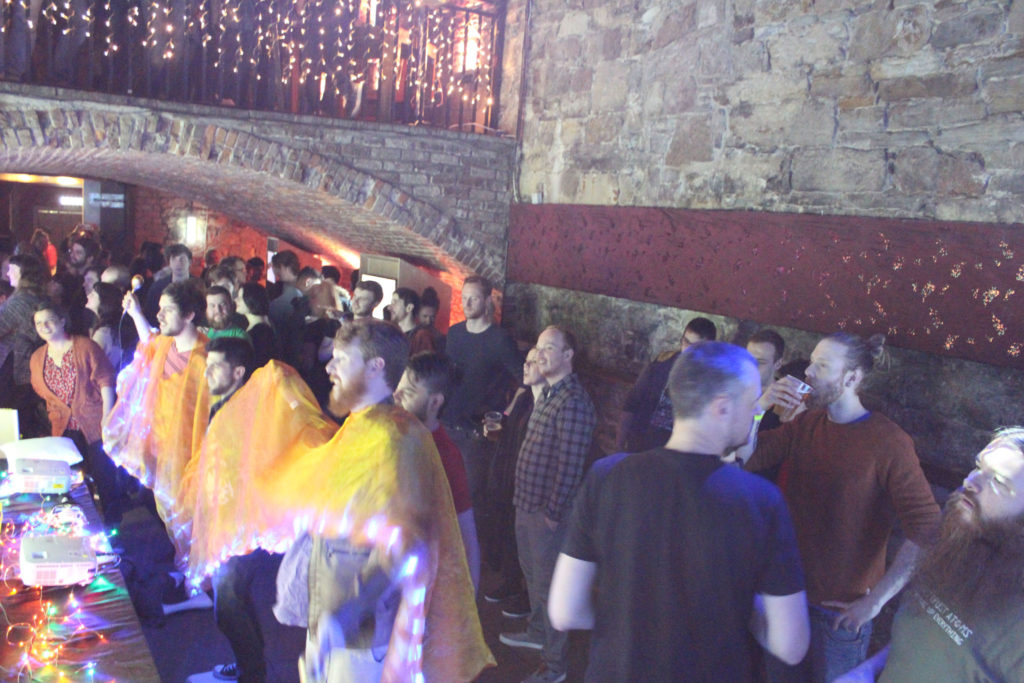 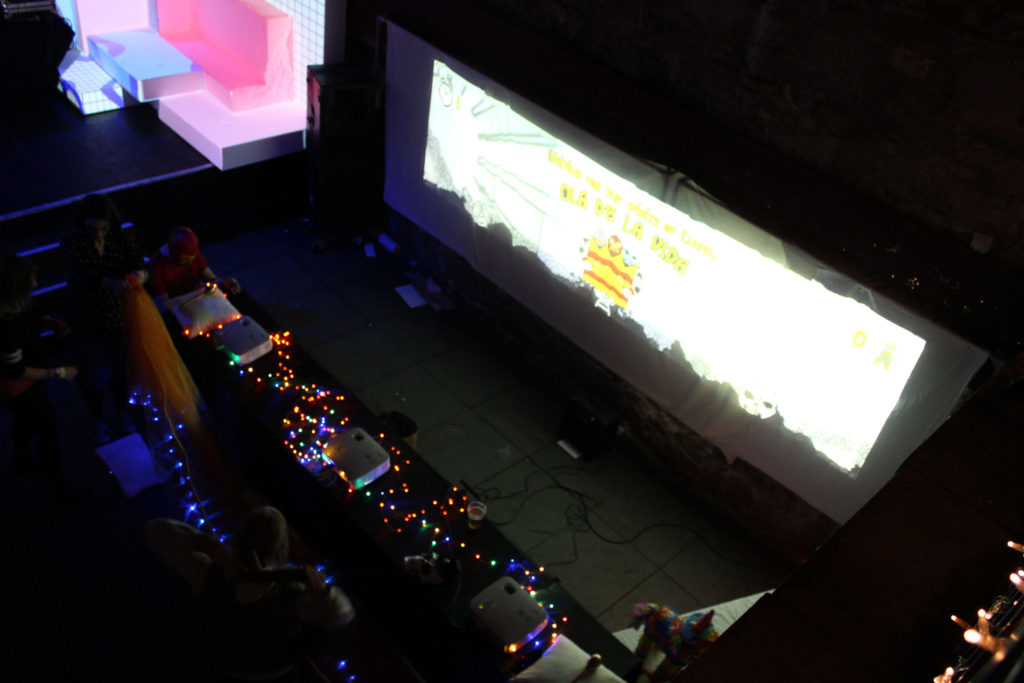 We were really happy to show off Ola De La Vida at the Dundee IGDA Play Party. The crowd was awesome, everyone was keen to don the poncho and start wibbling and wobbling to save those piñata.

As an unexpected bonus, Ola De La Vida was chosen by the attendees of the event as the winner of the ‘Community Choice Award’, enough to make any luchador blush. 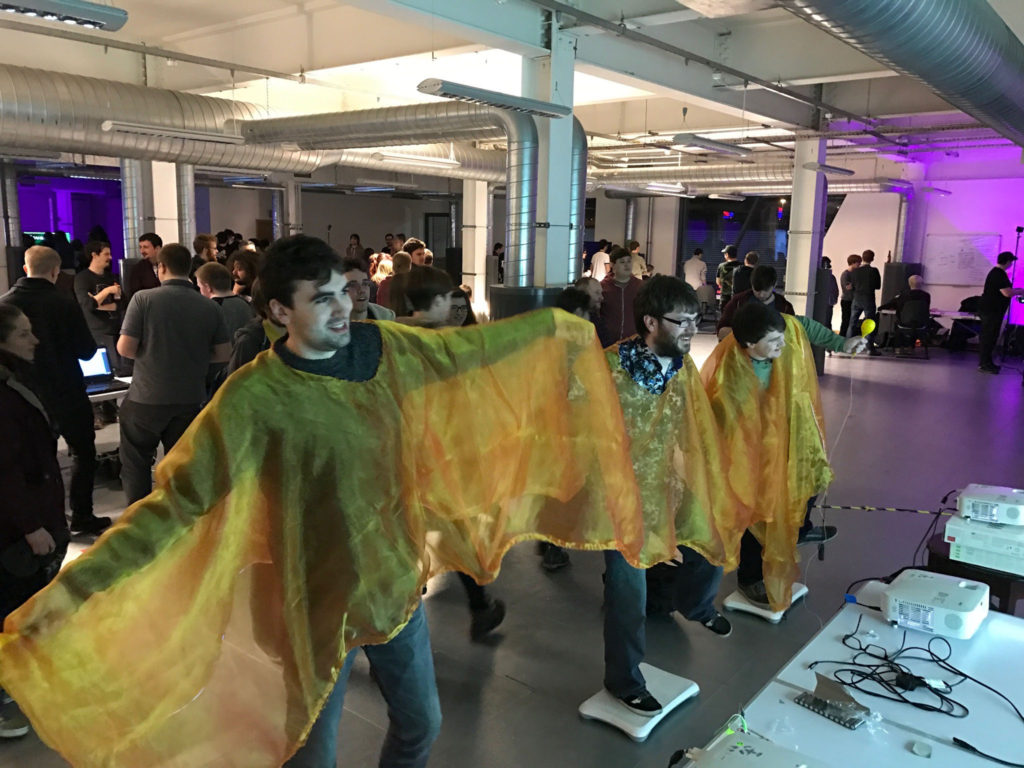 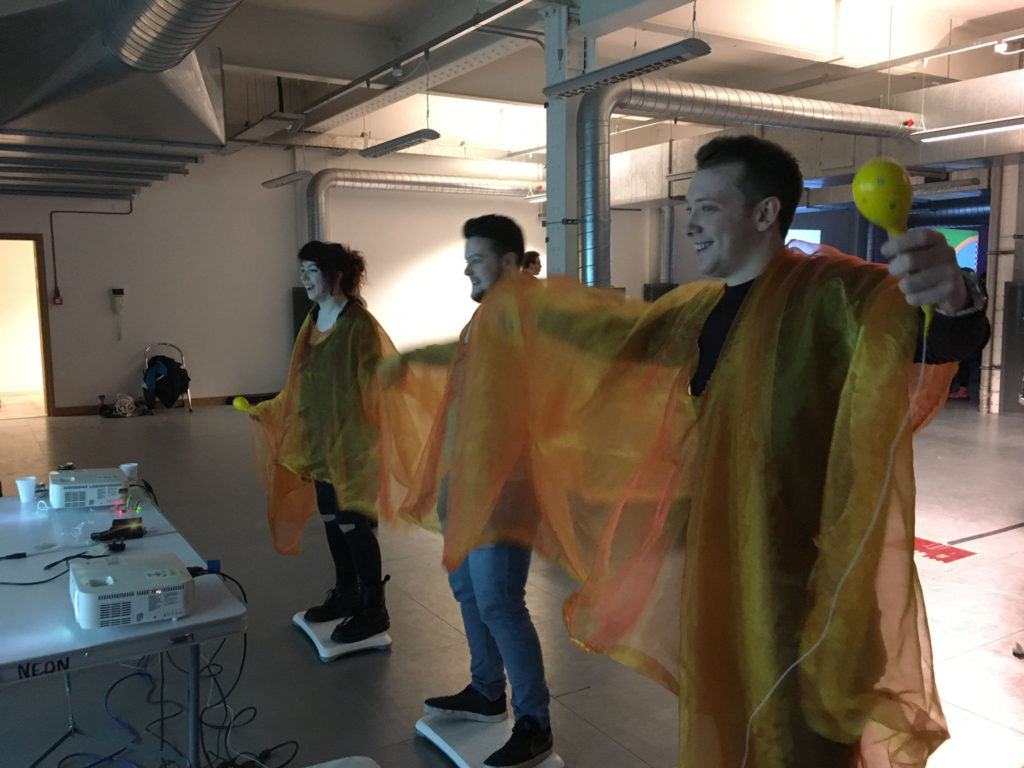 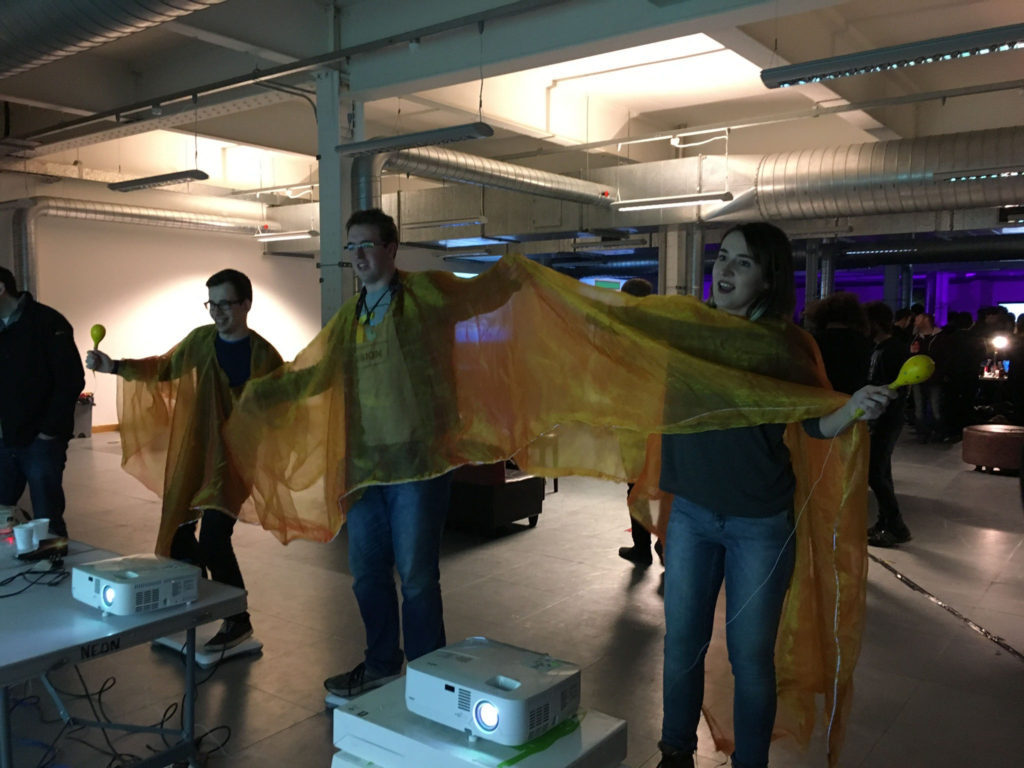 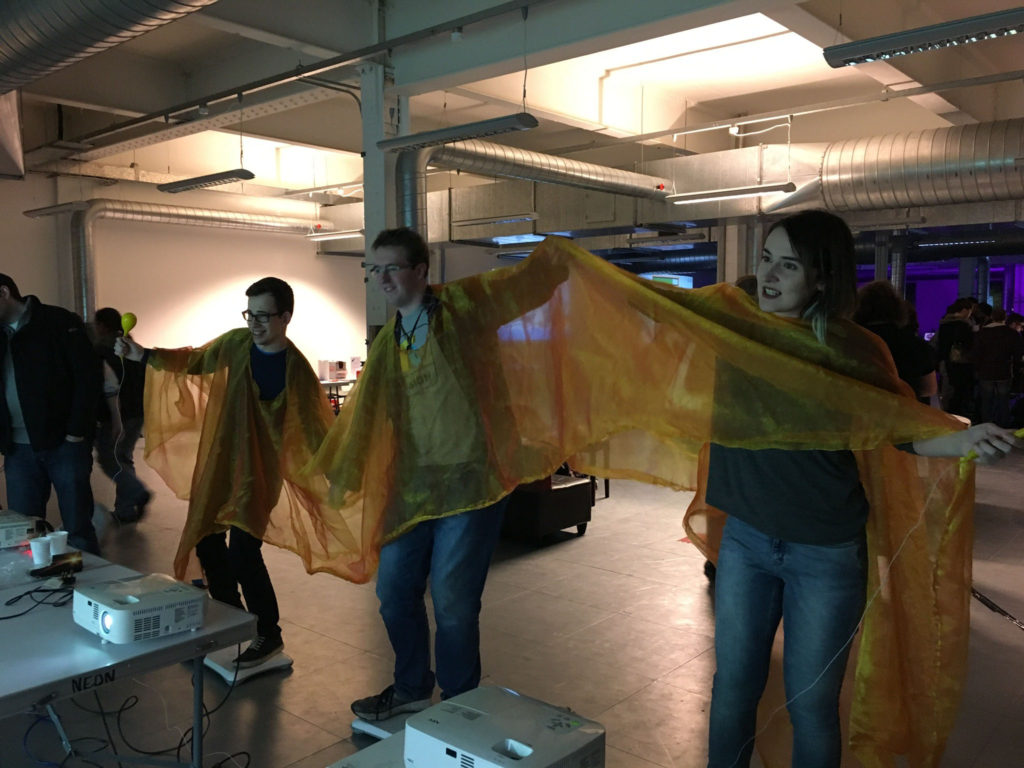 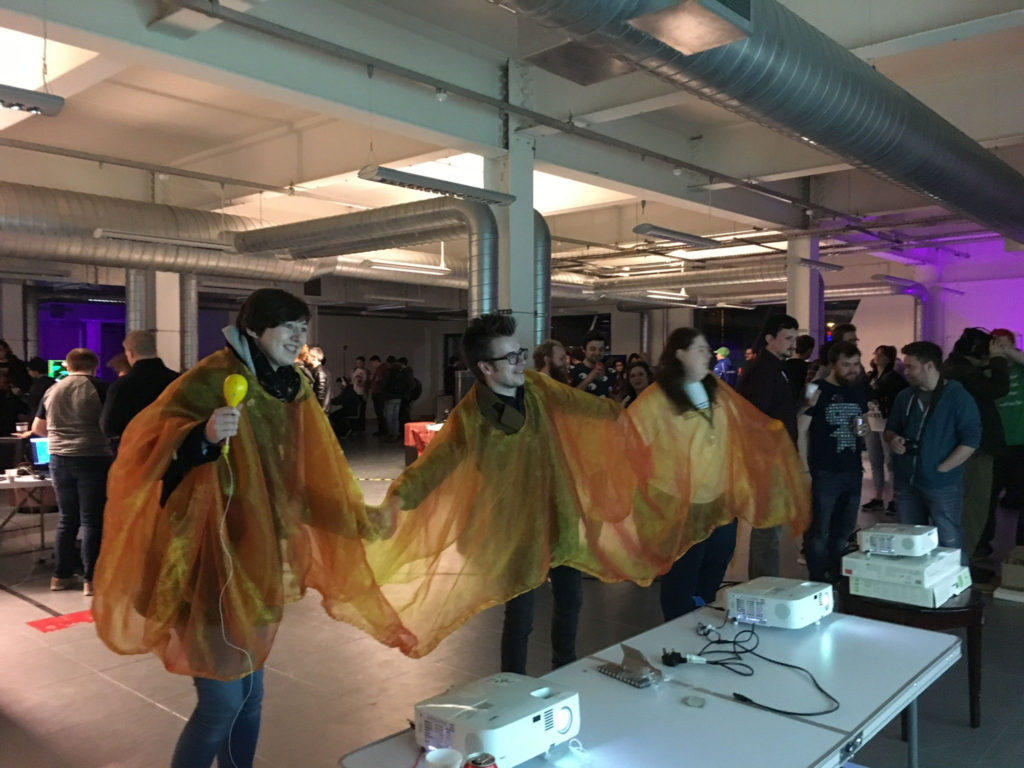 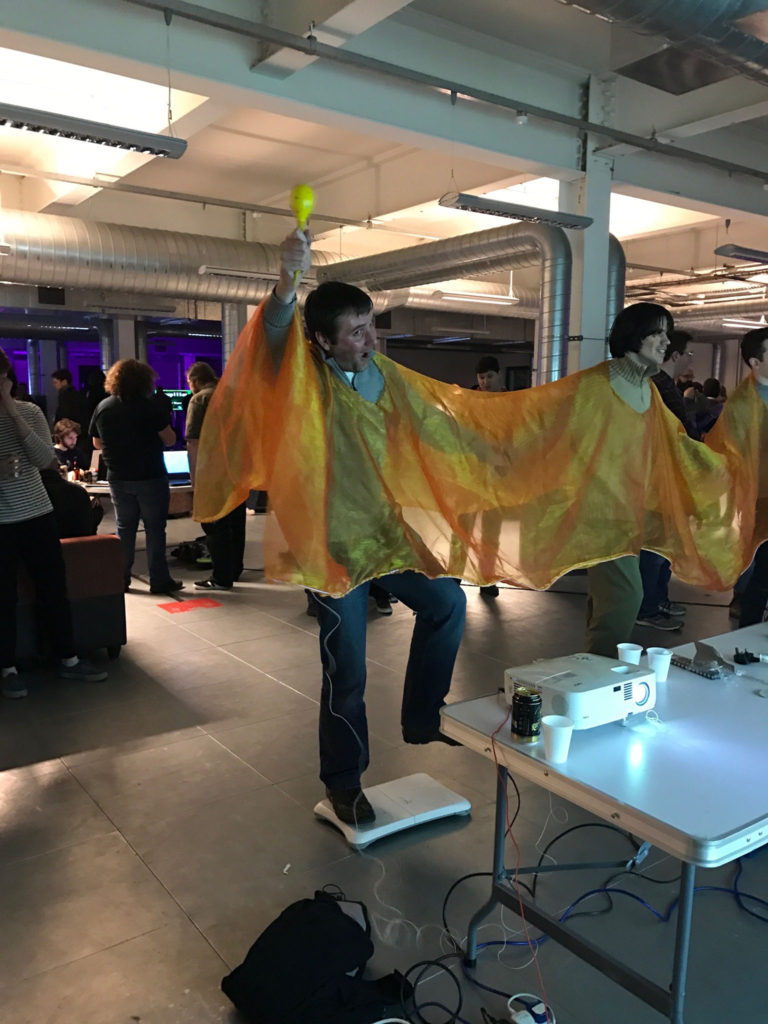 Some development photos from the Global Game Jam hosted at Abertay University. This year the theme was ‘wave’ and over the weekend Mona Bozdog, Danny Parker, Lynn Parker,  and Alex Pass devised and built the wave of live, ‘Ola De La Vida‘.

Ola De La Vida is a three player co-operative game where players form the wave of life and have to help fallen luchador piñata on their journey to the next realm. To play, each player adorns the sacred poncho, taking on the role of the three headed mystical being responsible for the wave, each head representing the stages of life; El Niño, El Primo and El Muerte. Each player stands upon a Wii balance board, hold hands with one another. Once in position, El Niño and El Muerte lift the Maracas of life completing the wave and inviting the lost luchadoacorn souls to pass. To play, players must sway side to side with their bodies in order to tilt their part of the wave of life (as seen on a screen or projection). The undulations of the wave will help the fallen luchador piñata on their way, allowing safe passage. Each player must continue to hold the hands of their co-players and the maracas of life throughout the game. If the players let go of one another’s hands, or maracas then the wave is broken and the remaining piñata on the wave of life fall to Earth and are doomed to be play things for children for all eternity. Ay Caramba! 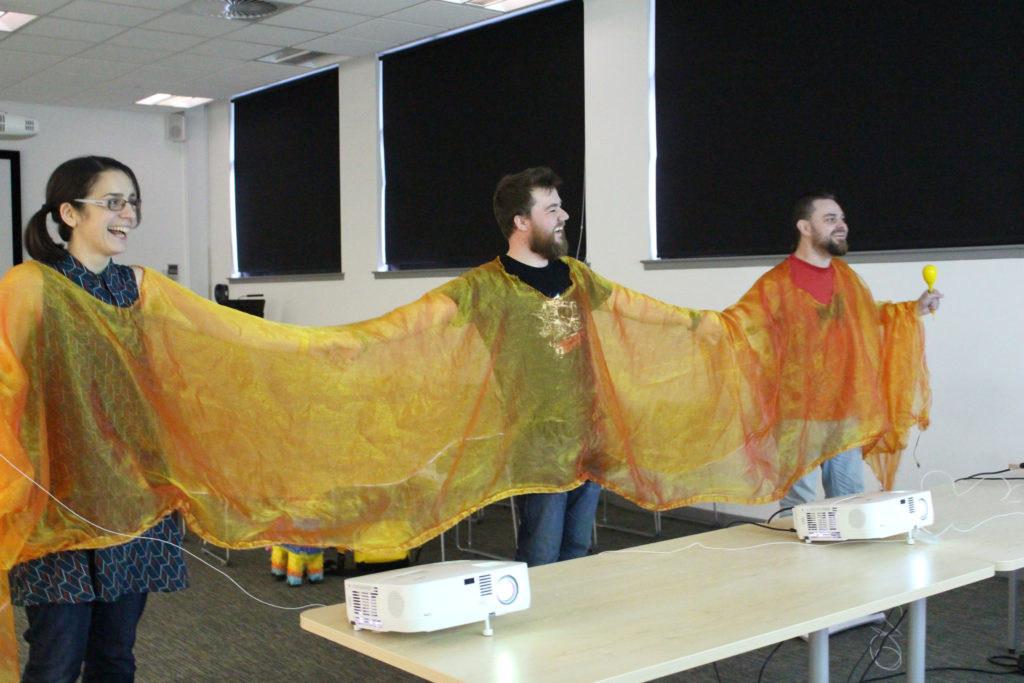 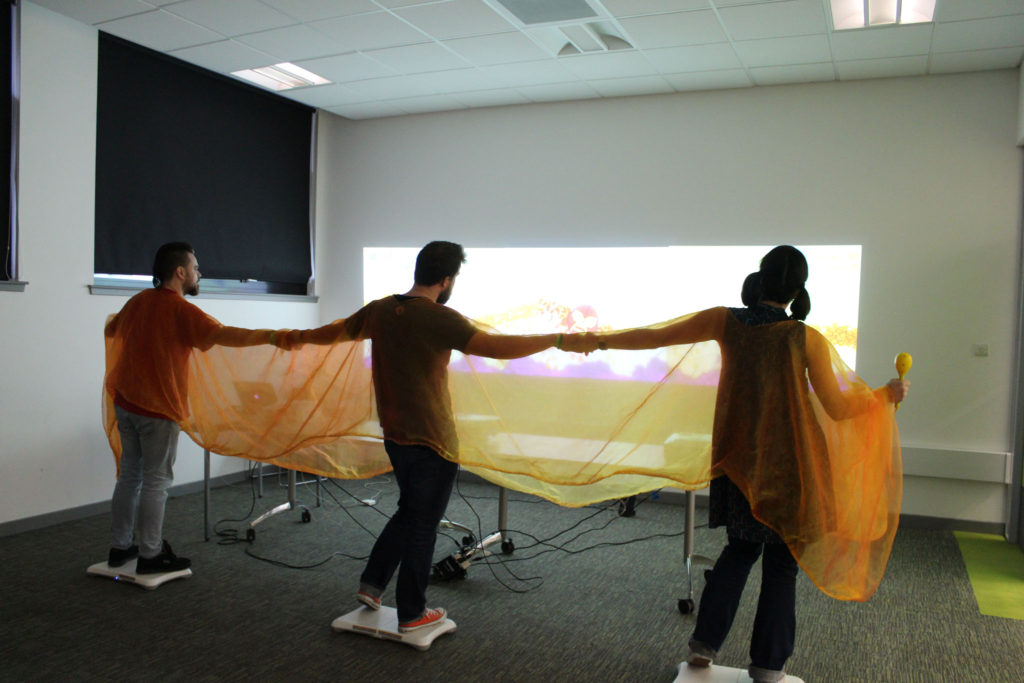 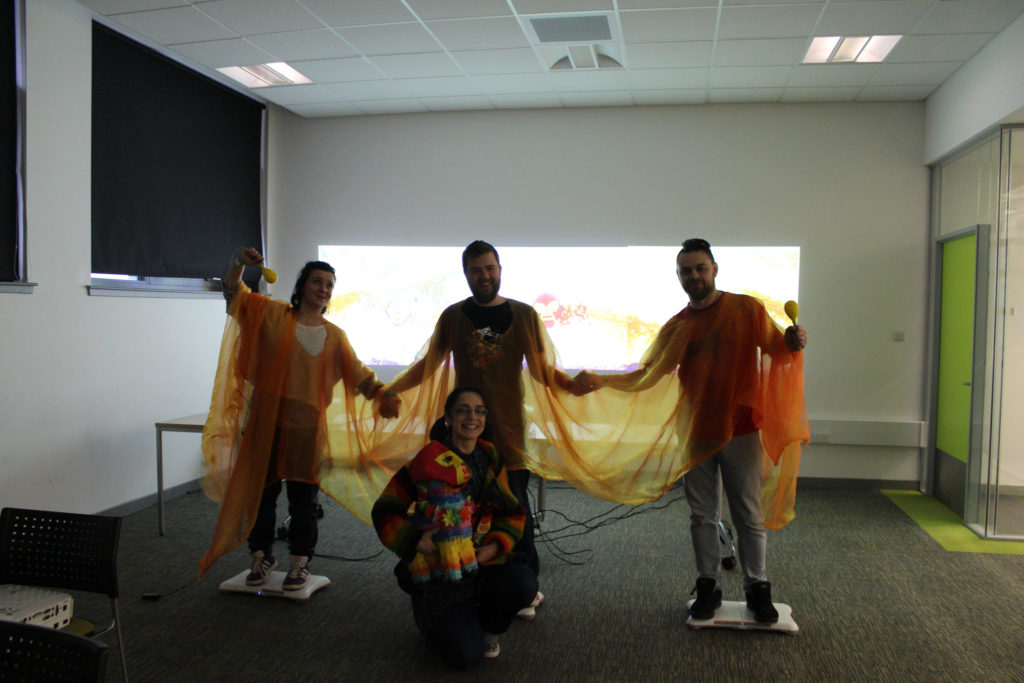